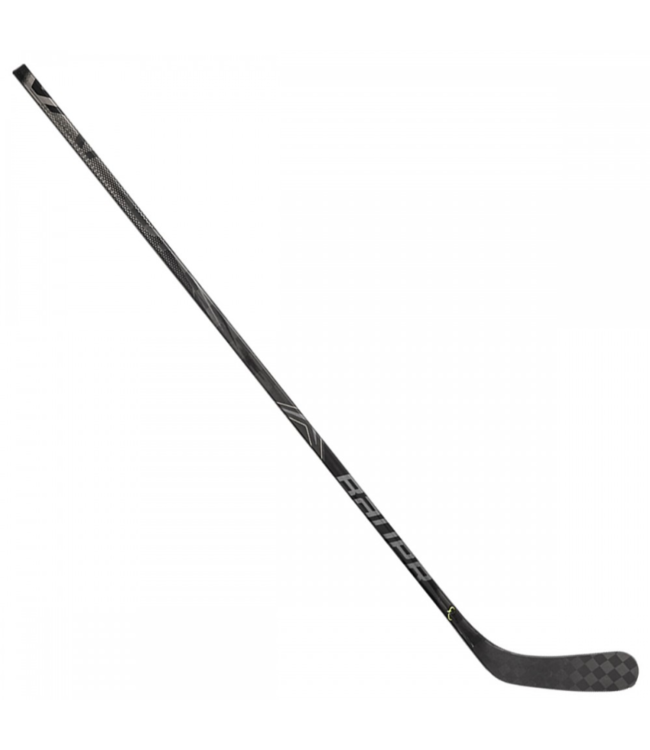 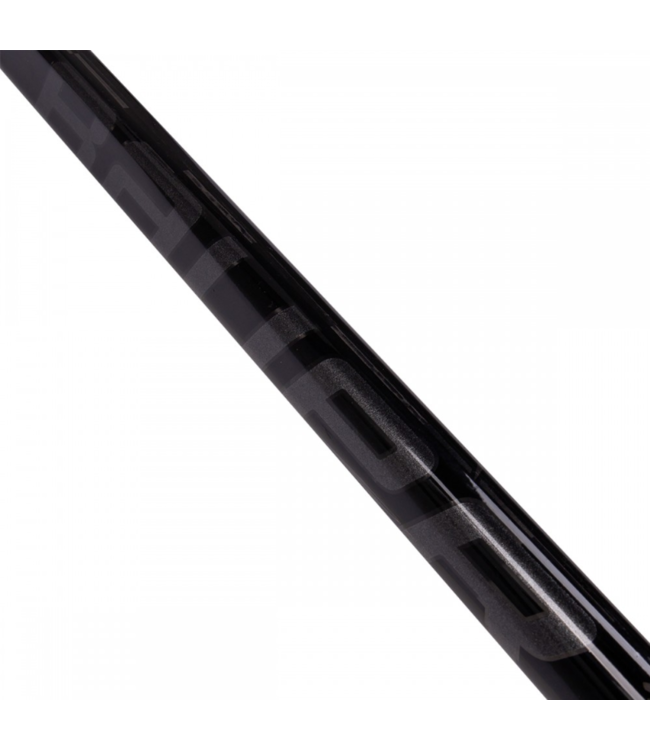 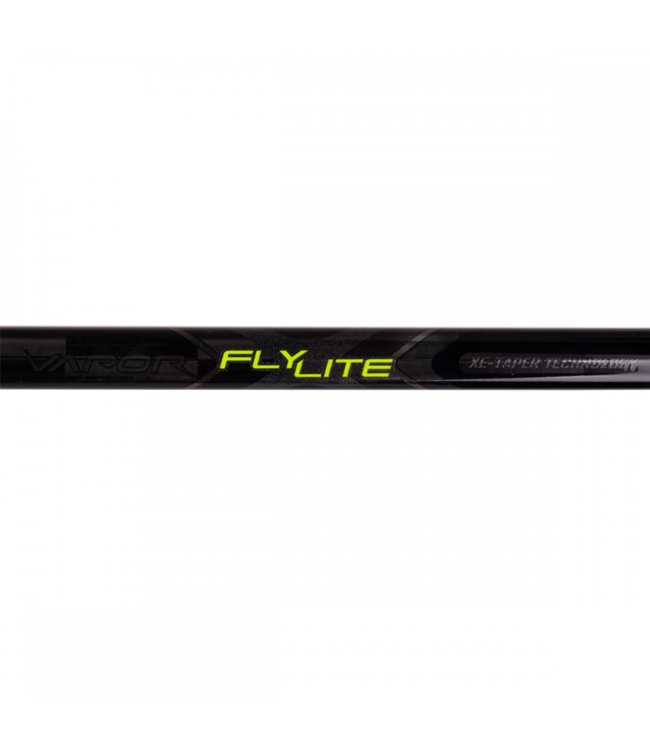 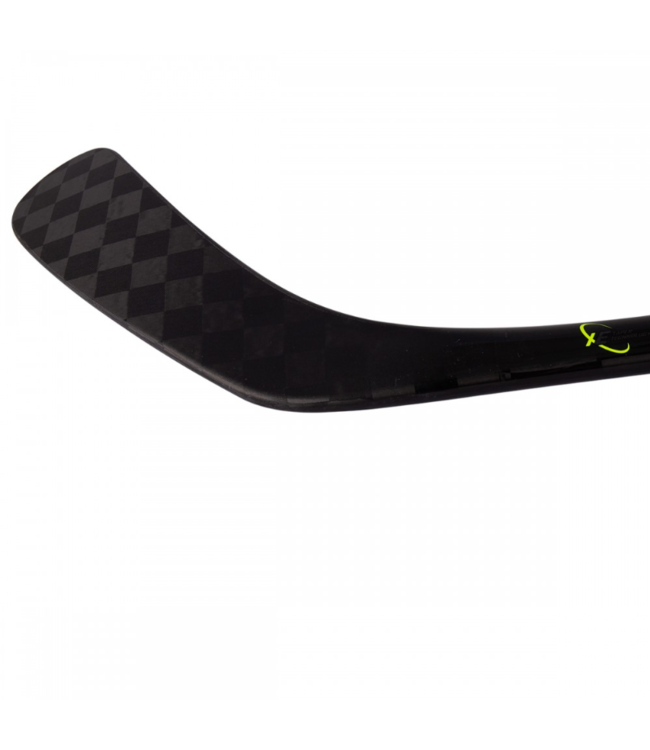 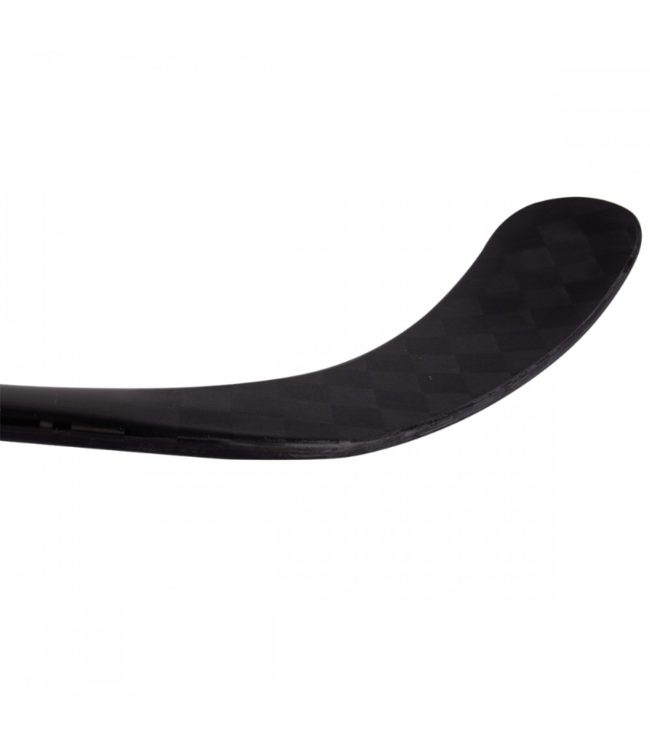 The top third of the shaft featu Read more..

Standard Shipping delays will vary between 2 to 5 business days depending on location.

Not only is the Vapor FlyLite Shadow Series Hockey Stick incredibly lightweight, weighing in at 387 grams, it is also very durable, largely in thanks to the Asymmetrical TeXtreme carbon fiber construction. This TeXtreme material is lighter and more durable than standard carbon fiber. The shaft of the Vapor FlyLite stick also utilizes Bauer’s ACL Technology. This technology, inspired by the ADV stick, is a design in which carbon fibers are strategically layered within the shaft, giving the FlyLite increased durability and overall feel.

Furthering this is the DuraFlex Resin System on the interior of the stick that further increases durability against impacts and flexing of the stick. This will help maintain that “pop” feel of a brand-new stick. Topping everything off, is the FlyLite’s MonoComp Construction. This is a molding process that eliminates the fusion point between the shaft and blade, making the Vapor FlyLite a true one-piece stick. This provides players with an unmatched and consistent feel during stickhandling, passing, and shooting.

The Vapor FlyLite Shadow Series Hockey Stick features an ultra-low kick point thanks to the addition of the brand-new XE Elliptical Taper. Found where the Bauer logo is, this new taper is narrower and oval shaped. This design helps stabilize the lower portion of the shaft, as well as the blade, during hard wrist shots, helping improve accuracy and control during shooting. This design also reduces the overall weight of the stick.

Moving down to the blade, the Vapor FlyLite Shadow Series Hockey Stick utilizes Bauer’s AeroSense 2 Blade Core. This reconstructed blade features high-end materials, focused on the high wear areas of the blade like the heel, to increase durability and puck feel. This is done without sacrificing the lightweight feel or performance. Like previous iterations, the blade on the FlyLite is very stiff, allowing the puck to fly off your blade on your shots! The ACL Technology is also found in the makeup of the blade, further enhancing the lightweight feel along with the durability.

Constructed with Bauer’s tried-and-true features, along with a few new ones, like the introduction of the XE Taper, the Vapor FlyLite Stick is one of the most elite sticks on the market. If you are a player looking for a stick featuring pro-level sticks, but can match all uniform colorways, check out the Bauer Vapor FlyLite Shadow Series Senior Hockey Stick!

0 stars based on 0 reviews